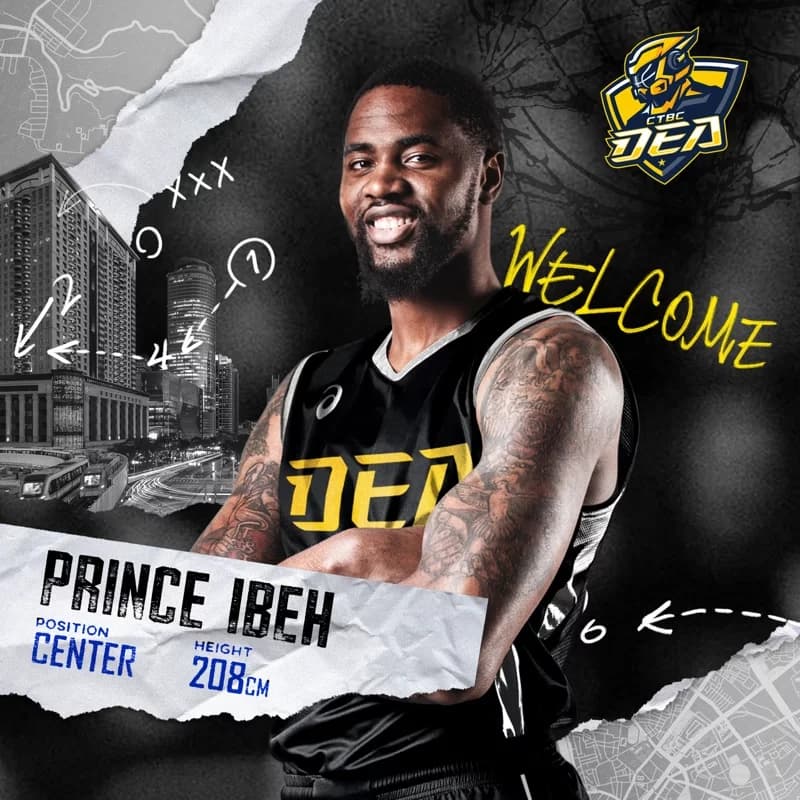 The New Taipei CITIC Special Attack Basketball Team of the T1 League announced today that it has signed the second foreign player, the center Prince Ibeh, who won the 2016 NCAA Defensive Player of the Year. Ibrahimovic, who has not yet come to Taiwan, is already looking forward to visiting Baodao and even taking the initiative to pass The chemical effect of the message on the new generation of “Black Panther” Abbasi and the team is worth looking forward to.

The 27-year-old Ibrahimovic is 208 centimeters tall and has a wingspan of 226 centimeters. He has a standard low-post singles physique and excellent blocking ability. He is also an inside player with fast speed, excellent jumping ability and reflexes. Li Yihua, head coach of CITIC special attack, said that Ibrahimovic will make up for the 5th position that the team lacks the most. “We have a lot of shooters in our team. Ibuken works hard and can cover well on the court to help shooters make more shots. space.”

Ibrahimovic played for the University of Texas, a first-level NCAA team during his college days. Due to the deep lineup of the team at that time, it was not until the senior year that he finally played the starting center and played the most outstanding year of his career. He played 18.1 minutes per game and scored 4.1 Points, 5 rebounds, 2 blocks, and won the Big 12 Defensive Player of the Year, successfully proved his worth.

After graduating, Ibrahimovic has successively played in the NBA Development League, Japan, Germany and the United Kingdom and other national leagues. In the 2020-2021 season, he joined the BAL African League and played for the Rwanda team Patriot BBC, averaging 7.7 points, 7 rebounds and 1.7 per game. Secondary blocking performance.

About to challenge the Asian professional stage again, Ibrahimovic said that he is looking forward to joining the newly established T1 league in Taiwan, “I have also had experience playing in Asia before, such as playing in the B league in Japan in the 2018-19 season, so I adapt to the quick transition between offense and defense. Asian style, it shouldn’t be a problem.”

Before Ibrahimovic came to Taiwan to join his teammates, he first extended a hand of friendship through the community and took the initiative to contact the new generation of CITIC Special Attack Abbasi. Abbasi said, “He sent a message to introduce himself as a future teammate, and I told him that CITIC Special Attack is a supporter. The new team, everyone in the team is very lively, we can’t wait to play with him.” Abbasi said, Ibrahimovic looks very powerful, and looks forward to playing with him on the court in the future, and also looking forward to playing with him. He introduced the beauty and food of Baodao well.